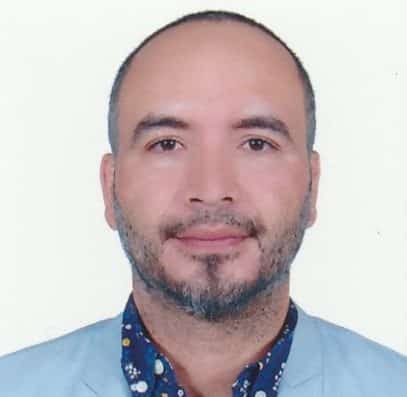 Badre is an associate professor of social sciences at Mohammed V University in Rabat, Morocco, and a former NEF ambassador for Morocco, 2016-2018. His research focuses mainly on public policies of higher education and social economy addressing three social groups: women, migrants and the youth, particularly in the Africa Region. As a former GYA member and alumni, Badre co-leads the GLOSYS Africa Project,with a mandate from 2015-2019.  He currently pursues research on sub-Saharan migrants in Morocco, a two-year Fellowship project running from 2019 to 2020 under the auspices of Princeton University and the University of Michigan programs. Previously, he served as a visiting professor at various universities, including Alfred University in New York, Monterey Institute for International Studies in California, University of North Carolina in Chapel Hill, Aalborg University in Denmark, Institute for Cultural Diplomacy in Berlin and Babes Bolyai University in Romania. After obtaining his PhD, Badre completed a Carnegie Postdoctoral Fellowship at the University of North Carolina-Chapel Hill in 2014, he was also a visiting Postdoctoral Fellow at the United Nations University in Barcelona in 2015 and completed a fellowship at the Arab Council for Social Science, or ACSS from 2017 to 2018. He has an MA in International Relations and Diplomacy (Berlin), an MBA in Human Resources Management (New York), an MA in Education (Rabat) and an MA in Cultural Studies (Fez). Among his published books are: “Youth Policy Manual for Arab Countries: How to develop a national youth strategy,’ (2013)”; “International Negotiations for Economic Diplomacy”  (2014); and “La Participation Citoyenne” (2016). He is currently an editor on Social Sciences and Policy for Scientific African Journal.