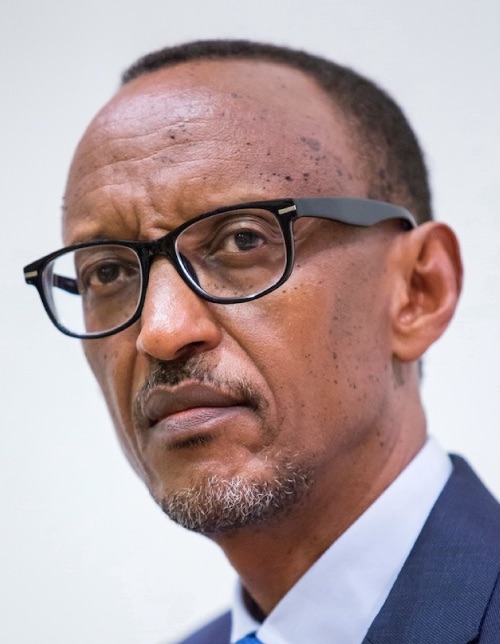 President of the Republic of Rwanda

Paul Kagame is President of the Republic of Rwanda. He served a one-year term as Chairperson of the African Union until February 2019, and has been leading the institutional reform of the African Union since 2016. He is currently the Chairperson of the East African Community (EAC). Beginning in 1990, as commander of the forces of the Rwandan Patriotic Front (RPF), he led the struggle to liberate Rwanda.
The RPF halted the Genocide against the Tutsi in 1994, which claimed over a million victims. The hallmarks of President Kagame’s administration are peace and reconciliation, women’s empowerment, promotion of investment and entrepreneurship, and access to information technology, a cause he also champions as Co-Chair of the Broadband Commission for Sustainable Development. He tweets @PaulKagame. You can follow President Kagame’s daily work @UrugwiroVillage.