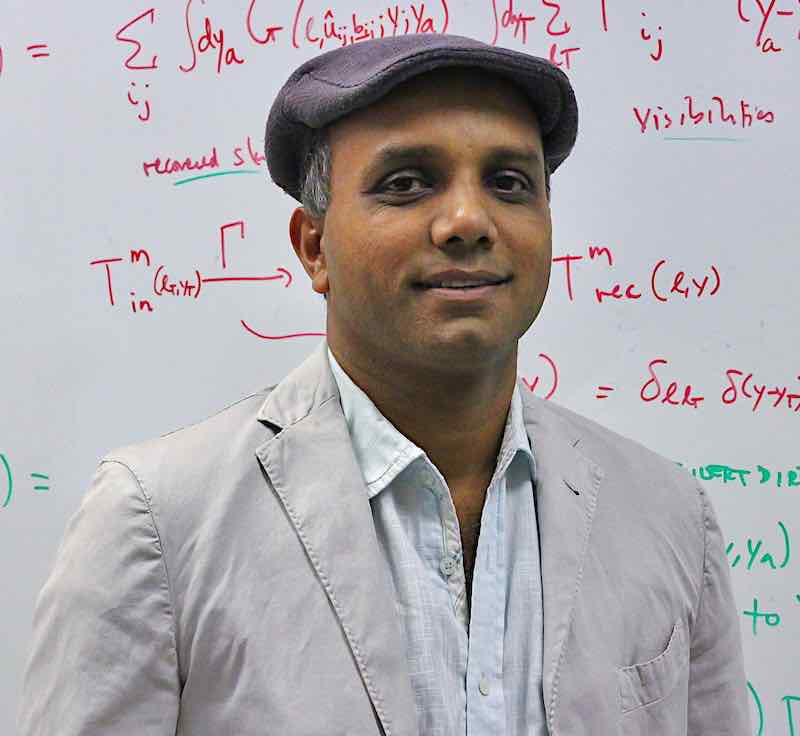 Kavilan Moodley completed his PhD in 2002 at the University of Cambridge, after which he worked as a postdoctoral researcher in Astrophysics at the University of Oxford, before returning to South Africa in 2003 to take up an academic faculty position at the University of KwaZulu-Natal. Currently he is full professor in the School of Mathematics, Statistics and Computer Science at UKZN. Kavilan’s research interest is in the area of cosmology and involves confronting cosmological theories with observational data, in particular observations of the cosmic microwave background and large-scale structure. Kavilan served as a scientific board member of the international Atacama Cosmology Telescope project, a member of the international science working group for the Square Kilometer Array Project, and as associate editor for the South African Journal of Science. Currently he is a member of the National Research Foundation Astronomy Advisory Council and the South Africa Radio Astronomy Observatory User Committee. In 2007, Kavilan won the South African Institute of Physics Silver Jubilee Medal and in 2011 he was awarded a Fulbright Visiting Research Scholar Fellowship to Princeton University, USA. Kavilan has published over 80 research papers with over 5500 citations and has delivered invited lectures at a number of international conferences, including the International Dark Side of the Universe Conference in 2014 and the COSPAR Scientific Assembly in 2018. He is currently the principal investigator of the HIRAX telescope project, which aims to measure the evolution of dark energy and localize fast radio bursts.