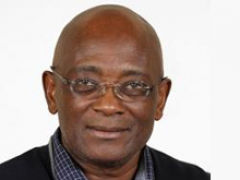 Loyiso G. Nongxa was elected as one of the two Vice-Presidents of the International Mathematical Union (IMU) at the Annual General Meeting in São Paulo in 2018. The term is from 2019 to 2022 and he serves as the liaison person between IMU and UNESCO, as well as with the International Science Council. He retired as Professor of Mathematics at the University of the Witwatersrand in December 2018, having spent 18 years at the university. From 2000 until 2013 he served on the Senior Executive Team of Wits University, from 2000 until 2002 as a Deputy Vice-Chancellor for Research and from 2003 until 2013 as Vice-Chancellor and Principal. Professor Loyiso Nongxa attended Oxford University on a Rhodes Scholarship and obtained his doctorate in Mathematics in 1982. Prior to that he was a student at the University of Fort Hare where he completed his undergraduate degrees in Mathematics and Statistics and an M.Sc. in Mathematics. He has taught at the National University of Lesotho, the former University of Natal in Durban and the University of the Western Cape in Cape Town. Prior to moving to university management, his research interests were in Group Theory and over the last few years he has assumed a new interest in the Mathematical Foundations of Data Science. Loyiso Nongxa served as the Chairperson of the National Research Foundation from 2014 to 2018. Recently he has been appointed by the Minister of Higher Education and Training as Administrator of the University of Fort Hare. For the last few years he has been one of the champions of a National Graduate Academy for Mathematical and Statistical Sciences which focuses on the development of the next generation of mathematicians and statisticians in South Africa.