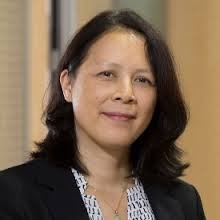 Director of Innovation of AFD

After working in audit and as a financial analyst at several banks, Sandrine Boucher joined PROPARCO in 1992 starting as project manager before becoming head of the Infrastructure division. In 2000, she was appointed as Senior Adviser to the Executive Director for France at the IMF and the World Bank. She joined Agence Française de Développement (AFD) in 2003 as Deputy Director of the West Africa Department. In 2005, she became Assistant Head of sectoral policies and MDGs at the French Ministry of Foreign Affairs, during which time she was involved in launching UNITAID. In 2007, she was seconded to the Asian Development Bank in Manila, as an economist at the Southeast Asia Department. In 2010, she was appointed as Director of the AFD office in Beijing. She came back to Paris to join PROPARCO’s top management team in 2014 before returning to AFD in 2016 as Chief Risk Officer and member of the Executive Committee. Since September 2018, she is Director of Innovation of AFD. She is a graduate of HEC Paris business school.