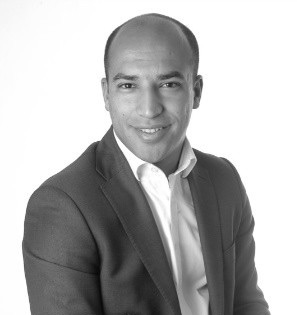 Kamel Haddar, a French-Algerian dual citizen.  Kamel graduated from ESCP Europe, a top 3 French institution, with a degree in marketing and computer science.  After graduation, he worked at 3M in London for two years and later, as a strategy consultant at BearingPoint in Paris for seven years.

Kamel became convinced that education is a critical component for a society. As a result, he founded ATLAS (Algerian Talents and Leaders Association) in 2010 to create a new generation of leaders. ATLAS facilitates enrollment for students of Algerian origin into top-ranked business schools and links them to a professional network where they can thrive as leaders.  ATLAS promotes models of success to inspire its members.

Kamel launched « The iMadrassa Tadamoun which promotes the social dimension of iMadrassa: contributing to the reduction in the inequality of opportunities in the education sector in the Algerian desert.