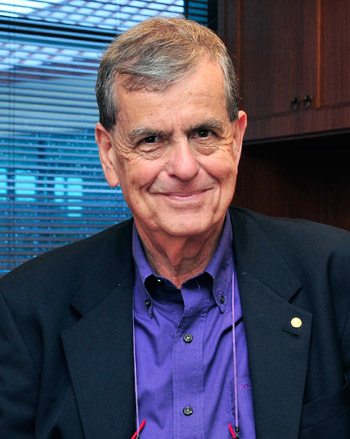 Nobel Laureate Professor in the Technion in Haifa, Israel

Session: Plenary Session: “Inspiring the Next Generation: A Conversation with Nobel Laureates”

Aaron Ciechanover was born in Israel in 1947.  He is a distinguished Professor in the Technion in Haifa, Israel.  He received his M.Sc. (1971) and M.D. (1973) from the Hebrew University in Jerusalem, and his Ph.D. from the Technion (1982). There, as a graduate student with Dr. Avram Hershko and in collaboration with Dr. Irwin Rose from Philadelphia, they discovered that tagging of protein substrates with ubiquitin, target them for degradation.  Based on their discovery, several successful drugs have been developed, mostly against malignancies, but many more are in the pipeline. Among the many prizes he received are the 2000 Albert Lasker Award, the 2003 Israel Prize, and the 2004 Nobel Prize (Chemistry; shared with Drs. Hershko and Rose).  Among many learnt bodies, he is a member of the Israeli National Academies of Sciences and Humanities, the National Academies of Sciences (NAS) and Medicine (NAM) of the USA (Foreign Member), and Chinese Academy of Sciences (Foreign Member).