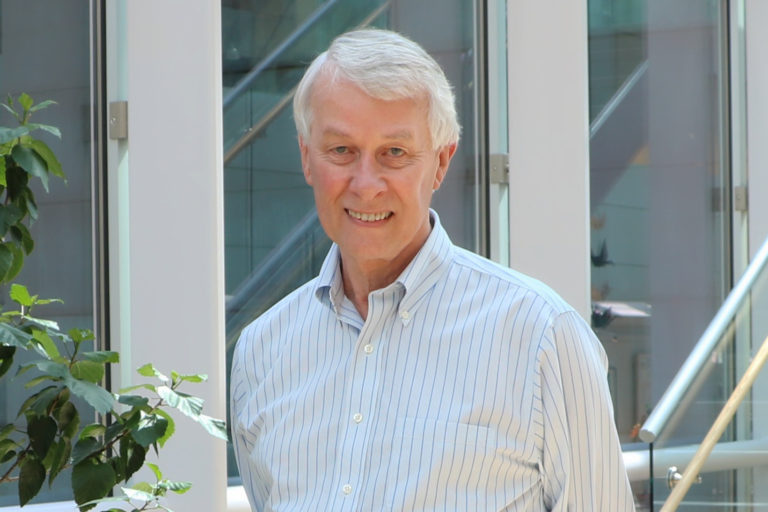 Session: Plenary Session: “Inspiring the Next Generation: A Conversation with Nobel Laureates”

Dr. Richard J. Roberts is the Chief Scientific Officer at New England Biolabs, Beverly, Massachusetts.  He received a Ph.D. in Organic Chemistry in 1968 from Sheffield University and then moved as a postdoctoral fellow to Harvard.  From 1972 to 1992, he worked at Cold Spring Harbor Laboratory, eventually becoming Assistant Director for Research under Dr. J.D. Watson.  He began work on the newly discovered Type II restriction enzymes in 1972 and these enzymes have been a major research theme. Studies of transcription in Adenovirus-2 led to the discovery of split genes and mRNA splicing in 1977, for which he received the Nobel Prize in Medicine in 1993. During the sequencing of the Adenovirus-2 genome computational tools became essential and his laboratory pioneered the application of computers in this area.  DNA methyltransferases, as components of restriction-modification systems are also of active interest and the first crystal structures for the HhaI methyltransferase led to the discovery of base flipping. Bioinformatic studies of microbial genomes to find new restriction systems are a major research focus as is the elucidation of DNA methyltransferase recognition sequences using SMRT sequencing and a new approach to m5C containing recognition sequences.