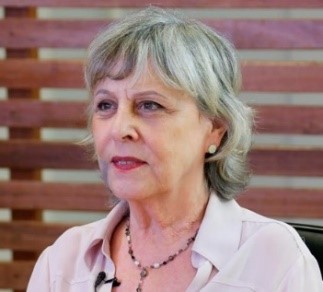 Leader in the clinical testing of HPV vaccines

Session: Parallel Session: “From Basic Research to the Global Elimination of Cervical Cancer”

Luisa has over 30 years been involved in studies of HPV carcinogenesis and vaccine studies to prevent these infections.  Her laboratory developed the first high throughput methods for HPV genotyping and implemented these methods in the landmark The Ludwig-McGill HPV Natural History Cohort (NCI, NIH, CA70269), which she co-led for over 15 years.  This epidemiologic cohort investigation of women in the city of Sao Paulo, Brazil followed 2,500 participants over a 5-year period with high retention rates, contributing important observations regarding the natural history of cervical HPV infections and related viral, host, and behavioral factors.  All HPV DNA assays, including sequencing, viral load and integration status determination were performed at the São Paulo Branch of the Ludwig Institute for Cancer Research under her coordination. As one of the few large prospective studies of HPV infection among women conducted internationally, the study has published numerous landmark manuscripts, and has spawned other NIH funded research. Among them one of the largest, multicentric natural history studies of HPV Infection in Men – the HIM study (CA098803). In addition to molecular epidemiological studies of HPV she has been a leader in the clinical testing of HPV vaccines to prevent cervical cancer internationally. Prof. Villa is a recipient of:

She has published widely and in high impact journals. She has a PhD in Yeast Genetics from the University of Sao Paolo.