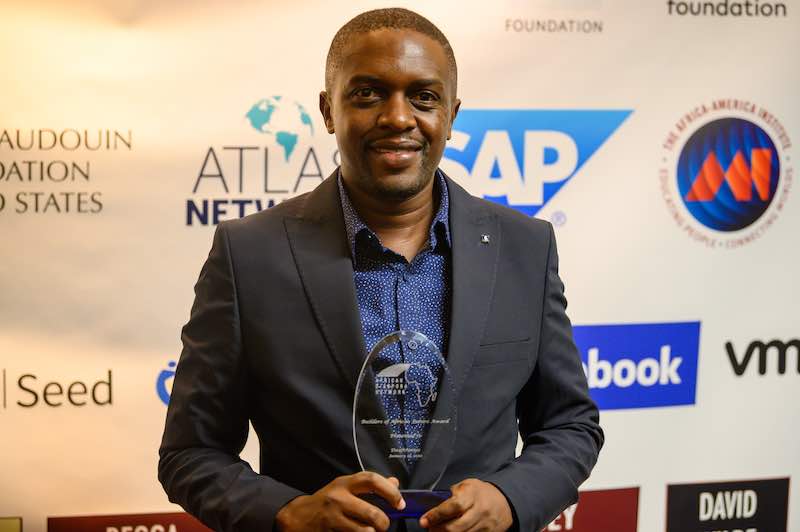 Tendekayi is an award-winning leader who founded Deaftronics (Pty) Ltd, is a Biotechnology company established in 2009, that manufactures affordable solar powered hearing aids, made by hearing impaired people for people with a hearing loss; its first solar-powered hearing aid unit was called Solar Ear. Further improvements to the Solar Charger Kit have led to the team developing the first rechargeable hearing aid battery, which lasts for 2-3 years and can be used in 80% of hearing aids on the market today. He trains hearing impaired people in Electronics Assembly. Our goal is to make sure that every hearing impaired child has access to a solar powered hearing aid, thereby presenting them with an opportunity to go to school. We believe that through education we can break the cycle of poverty. He holds a Higher National Diploma in Electronics from Harare Polytechnic. Attended Microniks Technical College in Canada and became a PACE Certified Instructor/Examiner. He has been featured in the Newsweek magazine, National Geographic, BBC articles, Wired a high Tech Magazine, Daily Edventures Post, I am Youngpreneur, The Heretic, and Smart Planet. Recipient of a South African Designers Awards (DISA) and National Design for Development Award (NDDA).Worked in Zimbabwe, Canada, Brazil, Jordan ,South Africa and Botswana. He is a recipient of Potential for Societal Impact Award in the 2015 GIST Tech-I Competition. Recently he won Africa Innovation Challenge Award organized by Johnson and Johnson. Among other things, Tendekayi sits on the board of a US based international inspiration children’s magazine called Visual Aid. In his free time he brings awareness on HIV/AIDS in hearing impaired communities. Recently he obtained a Diploma in Social Entrepreneurship from KTH Royal Institute of Technology in Sweden.